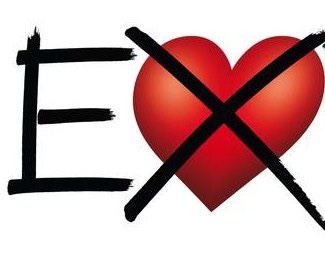 So at this point I’ve decided not to post the detailed blog about the start of my last relationship. It points out all of the bad stuff I went the through in the relationship, which leads my ex to believe it’s a bashing blog. But that really isn’t it. I don’t deny that there were times in our relationship where he was absolutely amazing, but for me writing is a form of therapy. At the point that I was writing that blog, I was getting out all of the negative things I knew I’d been through, but never acknowledged all at one time.

At the moment it isn’t the time to post it, but it is a huge part of my story, so when the dust has settled and we have both learnt to get along and co parent, I will share that part of my relationship.

It is relevant to the way my abandonment issues have impacted me, and relevant to why I’m going to therapy and trying to stop myself from repeating the same mistakes, in future relationships.

Myself and my ex are very up and down at this point but our ultimate goal is to get along, so we can co parent happily, and make it a calm and happy family dynamic for the boys. It should be easy because for the most part we do get along, we were like best friends as well as partners. We laughed a lot, we told eachother pretty much everything, big and little. Of course this also meant taking stuff out on eachother too. But we did have a lot of fun together, so it would be amazing to get that part back as friends, for us and our children. We are currently getting along. Fingers crossed this time it sticks.

So, the kids have just been picked up by their grandad, to go to my ex’s for the next couple of days. So I’ve made myself some cinnamon french toast, best batch I’ve made yet. And I lay here in bed listening to “Loving someone”, by “The 1975”. (I’ve liked them for years but I haven’t been able to stop listening to them for coming up to a year now, almost daily. It’s an issue 😂)

I was reflecting last night, on some of the crazy shit I’ve done in past relationships. And I thought, fuck it. It’s kind of funny to look back at now … also a little embarrassing, but I’m sure relatable to a lot of people. so I’m I’ve decided to share it. So, here are a few of my, “confessions of a crazy ex”.

I’ll go back to being 16 years old, and being in my first “serious” relationship. I had really started to go off him, so for 2 weeks or so I had barely let him kiss me, let alone anything else. But I guess I didn’t want to end it. So, I just stayed with him because it was easier.

One night he text my phone (probably some old cool Nokia, with a funky case and a polyphonic ring tone) He said he was just finishing work, and he was going to go to the gym for a bit, but his battery was dying so he’d text me later, or in the morning. I should have known then he was lying … the old Nokia phone battery lasts at least 2 weeks 😂 but to be honest, I think I was kind of relieved I didn’t have to see him or speak to him that night.

The next night he was on his way over when my phone rang … probably a polyphonic version of, “my humps” by “The Black eyed peas” or something like that …. here’s how the conversation went;

Girl: Is this Ellie?

Girl: Did you hear me? I fucked your boyfriend, he said he was at he gym and his battery was dying, but he was with me.

Girl: What?? I can describe him to you if you don’t believe me?

She proceeded to tell me about his shit tattoo, and other parts of his body. I told her again that I didn’t care, and “well done” and she could have him. Then I hung up.

She clearly wanted to have a row with me, or rub it in my face. A girl, it turned out, that I’d never even heard of or met, really wanted to hurt me? What is actually wrong with people?! She wanted me to get angry, she probably wanted me to get upset, and have a screaming match with her! But she didn’t get that.

Don’t get me wrong, it hurt like hell that he had cheated and lied, and I was so angry I was shaking when I hung up, but I knew deep down that the relationship was dead anyway, which I think now, is why I didn’t react to her.

A few minutes later and he came to the door. I opened it and confronted him. Then proceeded to lob a battery powered light that he’d leant me, at his head. It was the only thing of his I could find! I didn’t wanna throw my shit at him, he wasn’t worth it. He apologised profusely, I told him he was a dick and to fuck off. Slammed the door and went upstairs. He called a lot, he text a lot but I didn’t wanna hear it.

The next day I rocked up to school, late. I think it was actually first break, so like over 2 hours late. drinking Malibu and coke out of a water bottle and smoking a cigarette (I’m not entirely sure who I thought I was, to be honest) I walked over to his car, in front of everyone, and keyed it. I didn’t put much effort in, so it was bitty, but I’d attempted to key the word “scum”, in his shitty, rusty, old fiesta.

Deep down I was humiliated, I felt like people would be laughing at me because my boyfriend had cheated on me. (Isn’t it funny that we think and feel that way? We feel humiliated when someone lies to us, or cheats on us. When they should be the ones who are embarrassed. They are the lying, cheating, scumbags.) I think my reaction that day was me trying to roll up to school, acting cool AF. Trying to act like I wasn’t hurt at all, I was just an angry rebel .. honest!! But In reality, I probably looked like an even bigger dick. But, I really fucking enjoyed acting out that morning. I’ll tell you that for free.

He begged me back, wrote me letters, the lot. It turned out he had broken his own heart. Idiot.

After that I didn’t really have a relationship for a couple of years. I was out a lot, I had fun with friends and guys, but I didn’t really fall for anyone … or trust anyone, I guess. Eventually at 19, I would end up in my first relationship with someone of the same sex. We were friends a long time before anything happened. We were together a while, but I was never really happy. I tried to end it a couple of times, but she wouldn’t have it. I was staying up on the sofa until 4-5am until she went to work, because I never even wanted to sleep in the same bed as her. But I felt bad because she was a lovely person, I just didn’t want to be with her.

I started a new job and was enjoying not being around her as much, I know it sounds awful but I felt very trapped. We lived together, and I didn’t want to be with her. I’d hinted that it wasn’t working, on several occasions … but she would ignore it and tell me we were fine, and act like nothing had ever happened. It didn’t matter how I was feeling. She just wanted to plod along with me, so long as she was happy, who gave a fuck how I felt?

I cheated on her with someone that makes me fucking cringe to this day, but he was paying me attention, he even gave me money when I was skint to come out after work. Which was a double bonus, free night out, and didn’t have to go home to the person I didn’t want to be with. I started staying out late, at a friends bus he lived on in Faygate. One night I didn’t even come home, I remember my best mate getting the calls asking where I was in the morning. I wasn’t even with the guy, I was just with my friend, I didn’t want to go home! I treated her really badly, it was the cowards way out. I wanted her to end it .. seeing as she wouldn’t let me do it, well not easily anyway. I ended up kissing this guy at the bus one night. The next day, I told her we were over. She begged me to try and work on it with her, and this is when I said “there’s someone else” .. I saw her heart break there and then, and I couldn’t tell her the whole truth .. “have you kissed him or slept with him” she asked.

“No. But I feel it’s heading that way”. I felt awful, I HATE liars .. and now I was one. But I just couldn’t break her heart anymore than I already had. I realised later, I was using him to get out of the relationship … and also as a rebound. But I still couldn’t admit to her that I’d kissed him. I’m not proud of how I handled that break up, and I’m ashamed to say I broke up with a another ex in really similar circumstances after that. I’d like to think now that I’m a stronger person and wouldn’t go down that route again. Honesty really is the best policy, in the long run.

I have a confession about something I did even after this relationship, I actually think it’s worse than kissing someone else but I’ll let you be the judge of that. A few weeks after the split, I was now single and having lots of fun being out with friends. But had heard that she was still really down, a few weeks after the split. I had her Facebook password, so I took it upon myself to log onto her facebook, and friend requested her ex! 😱😱😱 I genuinely didn’t go on her Facebook to snoop, I didn’t look at anything, I was just trying to help her move on .. in a very bad way. I thought maybe she still had feelings for her ex and that they could reconnect. I know now that this is next level, interfering, craziness … and I had no right to do this. But I genuinely thought I was helping at the time. Idiotic, 21 year old me 🤦🏼‍♀️

I logged back on a couple of days later to see if it had worked, but needless to say …. it had not worked. Her ex was happy that she had reached out by requesting her on facebook, but my ex made it clear that she had no idea how it had happened and did not wish to speak to her. FAIL.

The road to hell is paved with good intentions.